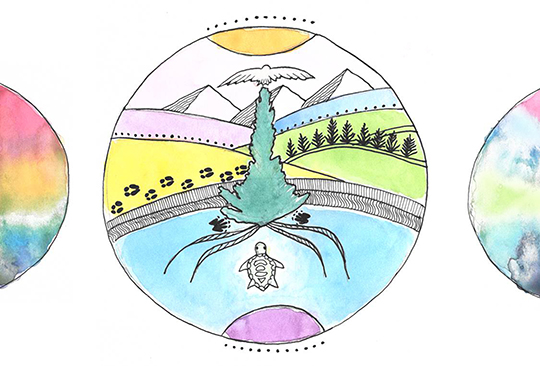 Reconciliation and the Public Service: Seeds for Change

There is an urgent need for reconciliation to address the history of colonialism that generates many challenges
for Indigenous communities, from unclean drinking water to overrepresentation of Indigenous people in prison.

The many Indigenous individuals and organizations who generously shared their time, teachings, and experiences with participants reinforced the urgency of reconciliation. The Canada Beyond 150 Reconciliation team benefited from these partners in their learning journey and in the development of its policy proposals.

One particular teaching helped the team to more deeply understand the need for transformational change:

We are always trying to come up with new solutions and policies to fix things and create the change that is needed, but it doesn’t matter how great each new solution is, because it has been planted on a poisoned tree. The roots and trunk of this tree are the colonial, paternalistic, racist structures that are still in place. We keep putting new branches on a poisoned tree, expecting that they will flourish. They won’t. The question then becomes, “how do we plant a new tree?”

The team realized that only a decolonized public service could support the true work of reconciliation. In talking with partners, the team identified three policy themes to begin decolonization. 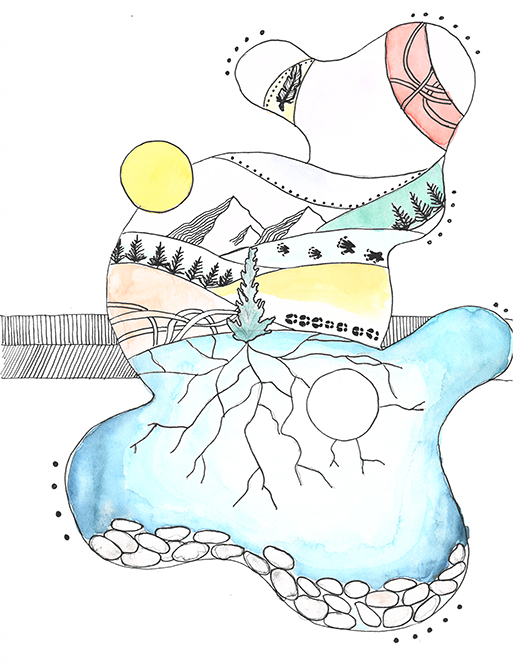 The Reconciliation team worked with mixed-heritage Métis artist and public servant Karin Moen, and Elder Barb Brant and Elder-in-training Jenny Gomez of the Turtle Clan, Mohawk Nation, to understand the meaning of the poisoned tree. Art and artist statements are available in the participants’ report.

For most, Canada’s linguistic duality is a source of pride. The federal government recognizes official language rights. But according to some Indigenous partners, Canada’s Official Languages Policy is a stark reminder of its colonial history and surviving colonial practices. Although the federal government worked diligently to stand English and French on equal footing, it has struck down Indigenous
languages and cultures through racist policies and actions.

Would it not be more appropriate for Indigenous public servants to be exempt from official language requirements, and champion their own languages at work? Would it not make sense for public services to
be available in the Indigenous languages of regional populations? Should technology not integrate these languages and associated cultural practices into the everyday operations of the public service?

This kind of change could be transformative. Imagine a public service where greater-than-ever numbers of Indigenous people occupy senior roles; more civil servants self-identify as Indigenous; the rates of promotion are equal for Indigenous and non-Indigenous employees; and more people are aware of colonialism’s devastating effects on Indigenous languages and cultures.

If I had one elevator ride with the Prime Minister, I’d ask him why I have to learn French instead of my own language in order to advance within the public service.

Not All Knowledge Comes From Books

Reconciliation is about more than language. We must nurture culture to grow a forest of new ideas and approaches.

If Canada’s public service is to understand, value, and use Indigenous histories, realities and ways of knowing in its operations, it must look past traditional European ways of learning. Indigenous ways of knowing and problem solving—including oral traditions and sharing circles—can reveal new solutions to policy problems and challenge deeply held conventions.

The federal government could create a centre of learning in partnership with the National Centre for Truth and Reconciliation. The centre could facilitate learning journeys on Indigenous issues for public sector employees. Imagine the learning potential for public servants on secondment in Indigenous communities and governments, or who have the freedom to work alongside Indigenous partners as functional experts.

This centre could both promote employment among Indigenous public servants, and become the forum for the public service to measure and report its progress against Call to Action #57 of the Truth and Reconciliation Commission of Canada.

Call to Action #57: Professional Development and Training for Public Servants

We call upon federal, provincial, territorial, and municipal governments to provide education to public servants on the history of Aboriginal peoples, including the history and legacy of residential schools, the United Nations Declaration on the Rights of Indigenous Peoples, Treaties and Aboriginal rights, Indigenous law, and Aboriginal–Crown relations. This will require skills-based training in intercultural competency, conflict resolution, human rights, and anti-racism.

Reconciliation is possible only if we transform the relationships between Indigenous partners and the Government of Canada. Inconsistent funding, ever-changing bureaucrats, insufficient program delivery, and a lack of shared accountability poison these relations.

Solutions are possible. Through co-development, for example, the federal government could explore new ways of building stronger, more productive relations with Indigenous communities. These could be based on holistic and ongoing support to communities and nations, new funding mechanisms that give full authority to Indigenous people, and decentralized decision-making structures that empower Indigenous institutions.

Seeds for a New Tree

Reconciliation demands that government quit doing business as usual.To support this work, the public service needs to decolonize. Public servants must come to the table with humility, and acknowledge that solutions lie within Indigenous communities.

The work of reconciliation has only just begun, and will require continued partnership and co-development. But with continued support, the proposals for decolonization of the public service can be seeds of a new tree.